John Shafer began making wine in 1978 and was eager for his son Doug to join him as the lead winemaker, but Doug turned him down two or three times before finally agreeing to a partnership in 1983, which they refer to as the “generation and a half” or One Point Five. The father-son team spent the last 35 years overseeing the production of their Stags Leap wines, which rank among the best in the valley and embody their passion for the district. 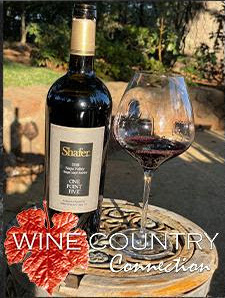