Each time I share a bottle of Walter Hansel Chardonnay, I get an unequivocal feeling that I’ve under-paid for it, because the wine inside the glass mimics Chardonnays at a significantly higher price.  When the winery comes up in a conversation, it’s very easy to reminisce about how they’re a model of consistency, and how their wines continually outshine the vast majority in their category.  Then comes the reviews, which always shine.  Robert Parker writes that they’re “… consistently terrific wines… realistically priced… consumers couldn’t have a better friend than proprietor Stephen Hansel.”  Their 2015 Chardonnays are brilliantly detailed, profound and offer a glaring sense of value with every sip.  I strongly recommend stocking up, because there’s never enough to meet demand. 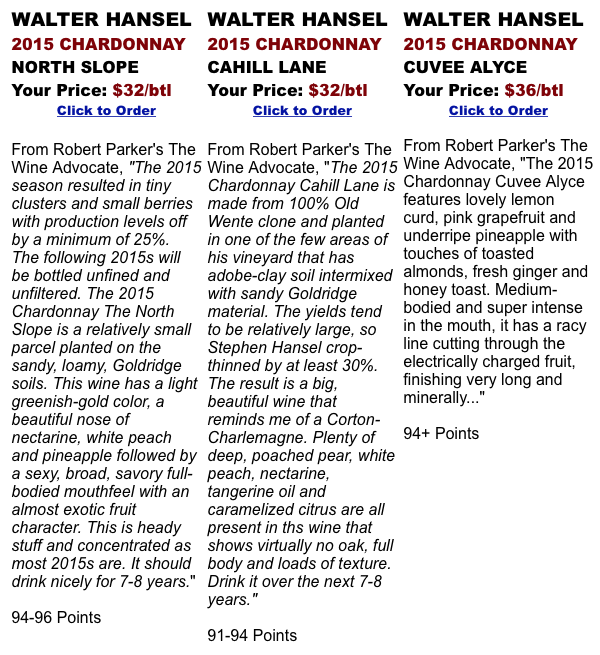